"This year will be different" the little voice in my head whispered as I hauled on the halyard of my Goat Island Skiff.  "This year, I will sail."

I first encountered Swartswood lake only three weeks before as I reconnoitered the location for a Boy Scout campout. My son's troop had planned to spend a weekend in late May fishing and we had rowboats reserved. As I checked out the facilities I discovered that the boat ramp is free to the public and the lake is restricted to electric motors only.  Many other stars began to align that might add my skiff to the planned activities.  But when the scout's weekend arrived, the weather forecast turn quite sour, especially for the afternoon when our rowboat period was due to conclude.  I kept Chivita home. But once I got out there with the scouts in rowboats and kayaks, I knew I'd have to return under sail.

Before I knew it, Memorial Day weekend was approaching and various family started making plans to visit us in New Jersey and picnics were discussed.  I realized this would be a great opportunity suggest the location: Swartswood Lake.

We picnicked and we hiked and we sailed.  I took two young adults (my son and niece) on the first launch.  My niece sailed with me two summers ago but my son had never sailed in my boat (he had, however, crewed on the fabled and world famous "I Am Zinea, Pterodactylus"). We sailed off a lee shore like it's no big deal.  We found a rock while moving at about 3 or 4 knots.  Ouch.  After about an hour or so tacking on a beat or a reach in 8-10 knot winds, we returned downwind to our launch site and landed ashore... LIKE A BOSS!  The only action pics come from that maneuver.  Then I took two adults out to--as they say--rinse and repeat.  Literally rinse since one crew dove into the middle of the lake for a swim.  His re-entry was helped by having two other adults as ballast.

I'm really ready to add a padded flooring of some sort.  I have bunch of maintenance to do with paint and varnish and dents and such.  I suspect my sail is actually too long in the luff and it might be time to purchased a commercially sewn sail.  Maybe that will include the mizzen I had planned for.

This year will be different! 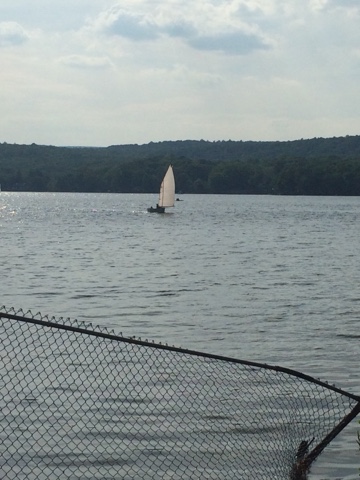 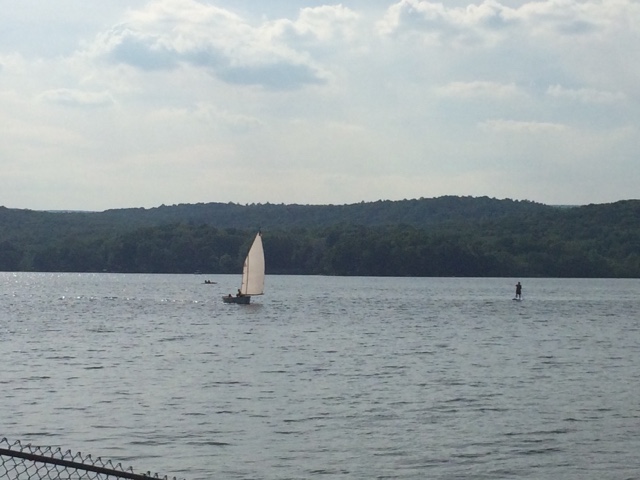 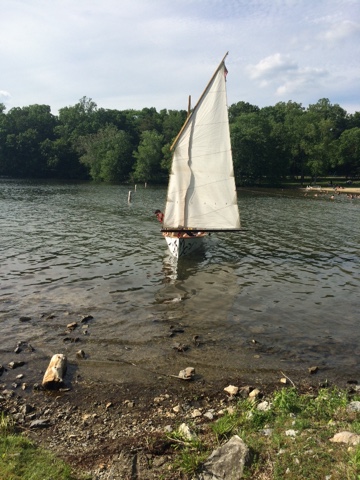 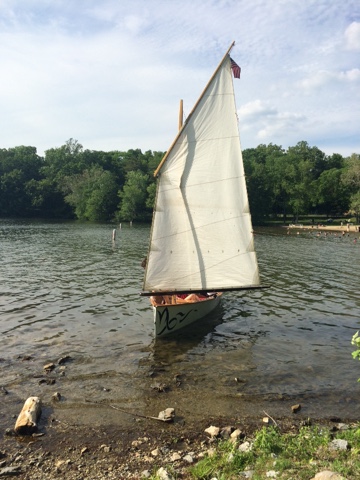 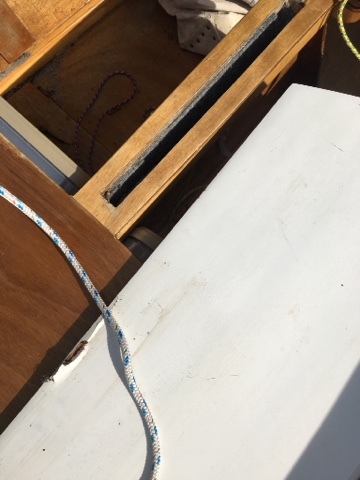 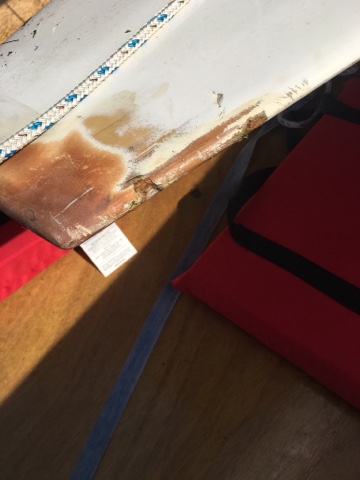