And so I resume construction.

I finally received the rudder hardware that had been on back order.  I felt that It would be smart to fit it all up now while the transom is still easily manipulated. 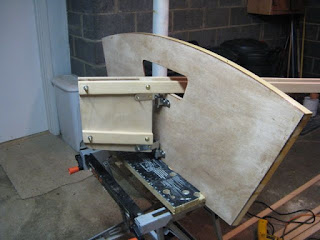 I decided to use pintles, so I made the transom slot larger than spec to accommodate lifting the assembly out of the gudgeons. 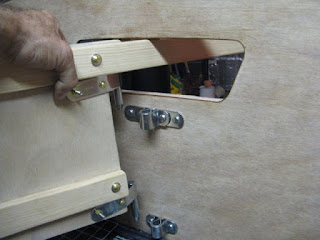 But, I based my measurements on the published dimensions for the hardware rather than having the pieces in hand.  Unfortunately, I needed a bit more space to clear the longer of the two pintles.  I made it work by lowering its gudgeon a tad, meaning the upper pintle/gudgeon is taking all the weight load.  I think it will be fine; were not talking tons here... 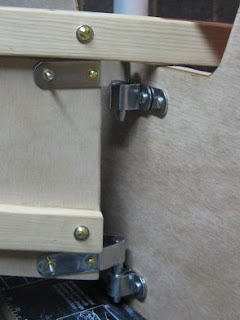 The entire tiller/rudder box assembly is still in two halves to allow for work within the box area.  For instance, I ran mounting bolts from the inside outward and countersunk the interior face to fit. 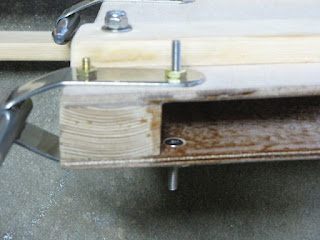 Unfortunately, I will also have to spend some time re-applying epoxy to the interior face of one half.  I kept these parts nearby during other epoxy jobs and coated them with the excess to reduce waste.  Well, some waste has occurred after all.  I guess I didn't sand the surface that had cured before adding the final coat and it has begun flaking off. 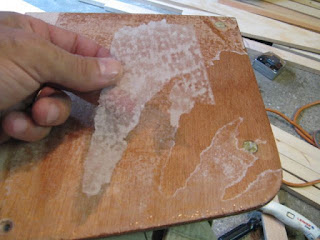 It all peeled off quite easily, like a week-old sunburn. 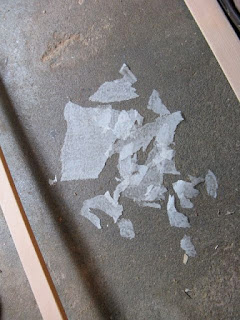 With all these new holes, I can set about applying the final sealing coats of epoxy and get the holes involved too.  All that is standing between me and going 3D is scarfing together the gunwales that I have ripped to size.  I even have a little tool to mark the correct line on the hull sides. 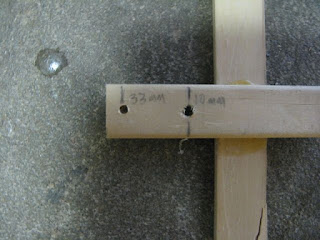 "Every Dark Cloud Has a Silver Lining"

While visiting the Orchard family and sharing in their grief, I had the opportunity to collect some nice wood from the family farm that I will incorporate into my GIS as homage to my mother-in-law.

The Orchard farm has a bit forest on it and during a previous ice storm some trees were knocked down.  My brother-in-law went to clear the various trails of fallen trees when he noticed that some of them were serious hardwood; Black Walnut and Hickory.  He recognized the value of the lumber and put some hard work into salvaging what was downed.  A quick trip to a nearby mill and, voila! 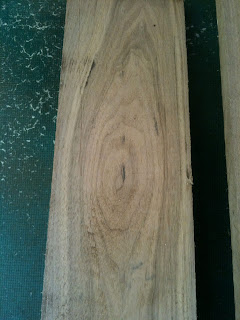 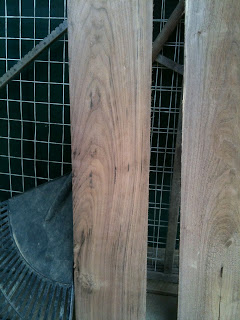 I plan to use the Walnut in a few key spots that can show of its color and grain.  The Hickory might find use as a tiller extension and possibly the pointy end of the bow.  It might also go to a different project altogether.

Much gratitude goes to brother-in-law Monte, who did the hard job of harvesting.  He graciously donated what might have gone into his own woodworking projects (such as the gorgeous kitchen he is building).
Posted by davlafont at 14:47 No comments:

Sadly, I had to put the GIS build on hold for a couple of weeks as our family suffered the loss of my wife's mother, Esther Mary Therese Spencer Orchard. 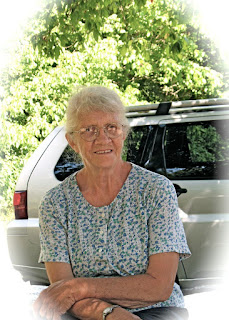 Esther--also known as Mom, Mom-Orch, Sister Orchard, and Grandma, to name but a few--was a strong, reverent, clean living woman who was no stranger to either hard work or laughter.  She will be sorely missed but fondly remembered.
Posted by davlafont at 14:08 No comments:

Joost in Holland has a gorgeous GIS and his photos offer details of excellence for any GIS builder. Thanks Joost!

Posted by davlafont at 13:27 No comments:

Goat Island Skiff, a set by wclarkson on Flickr.

Check out Will of New Hampshire's GIS photo set. It's a great step-by-step resource for any GIS builder. Thanks for sharing Will!

Posted by davlafont at 13:24 No comments: