Our second day of sailing had some moments of more wind, 2-3 knots maybe.  But the sun was warm and the boats were eager and we were, after all, messing about in boats; that's beats a good day at work every time!

I knew that the gathering would require a dedicated photographer, one with a keen eye for beauty and presence of mind to know where the next great shot will develop and how to position to capture it.  Once again, I pressed into service Captain Rick. His platform for this mission was the T/T Flor D'Luna, a rubber inflatable boat powered by a 6 h.p. Evinrude outboard motor.   Select images from his DSLR follow: 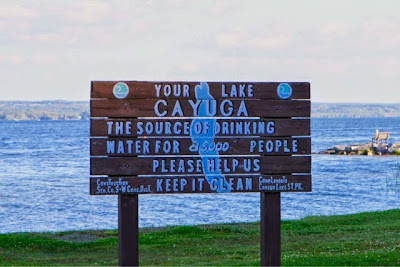 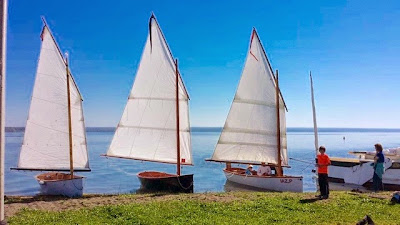 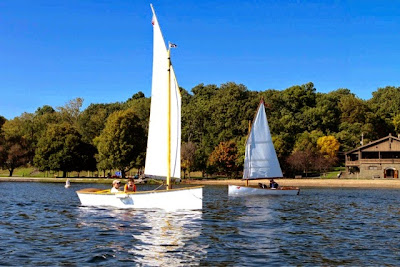 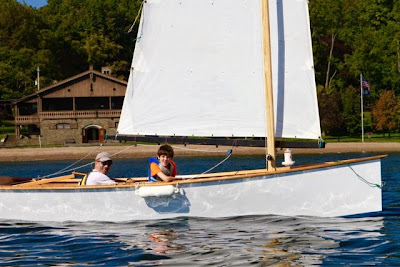 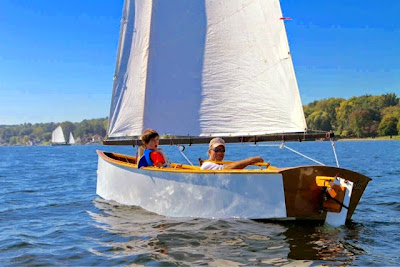 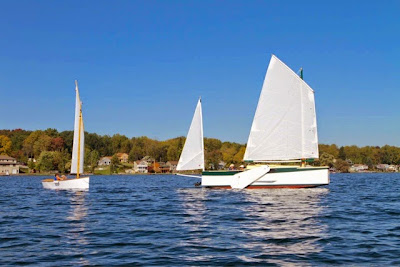 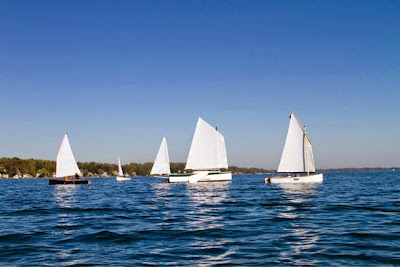 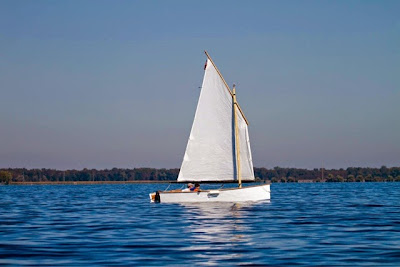 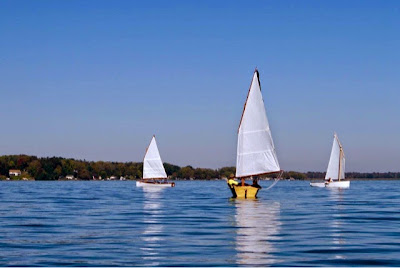 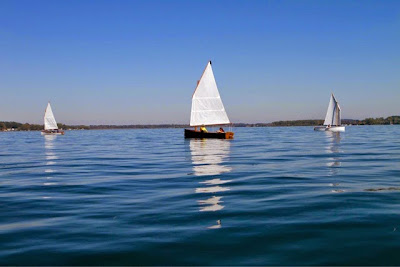 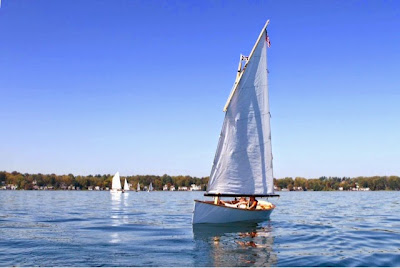 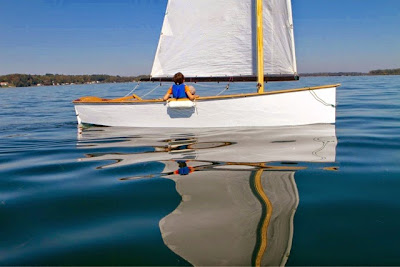 Posted by davlafont at 21:49 No comments:


And so the messing about began!  Winds were virtually nonexistent.  I began the morning with able crew Jacob, age 7.  His shark fin PFD set the right tone for spirited competition.  Alas, it did not intimidate the winds into blowing.


We pulled up to shore for some well earned rest and crew change.  I set out alone for the second round of Messing About. 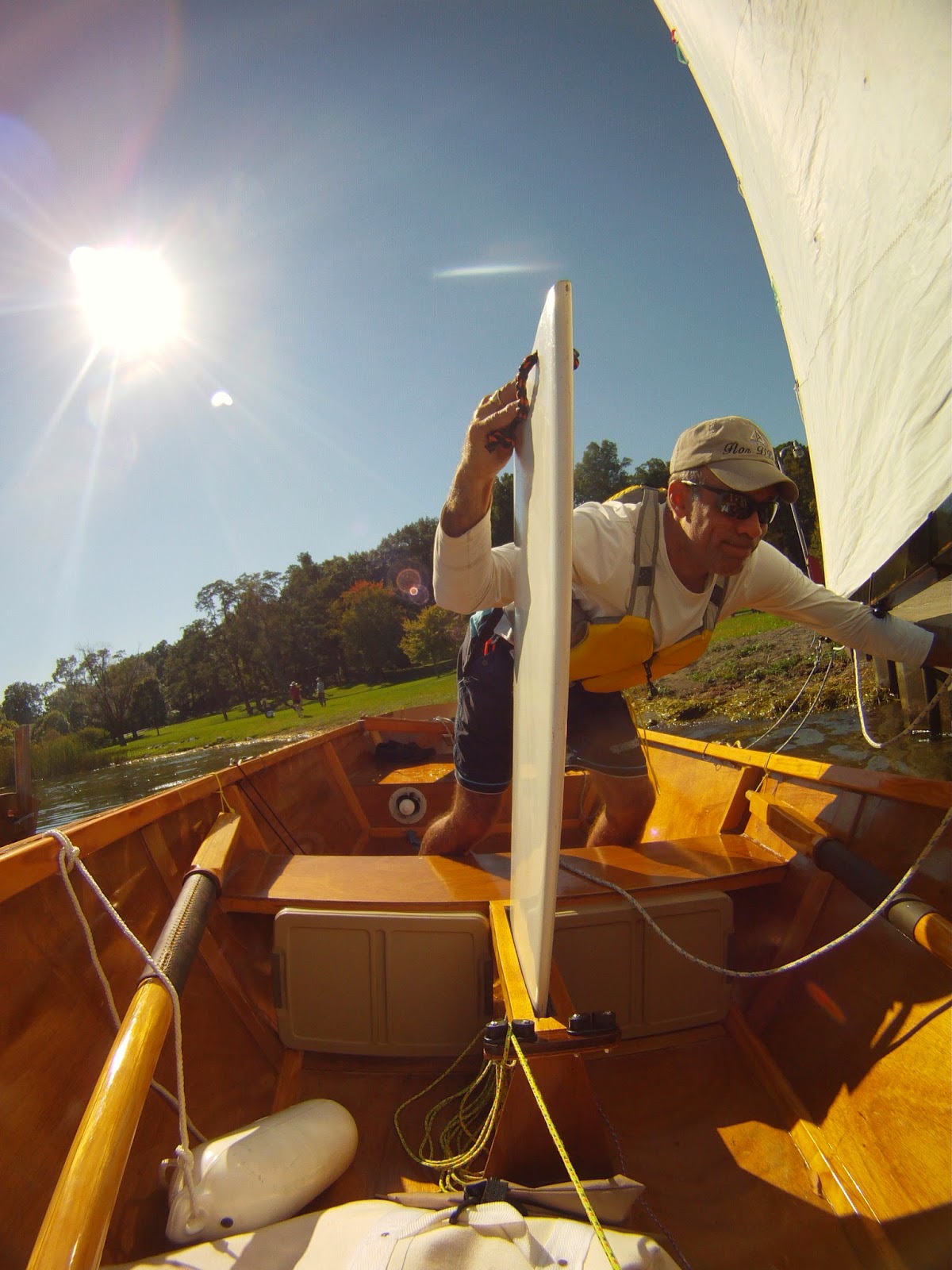 Keep a close eye on Kathleen Marie to the left as she gets smaller and smaller with each frame: 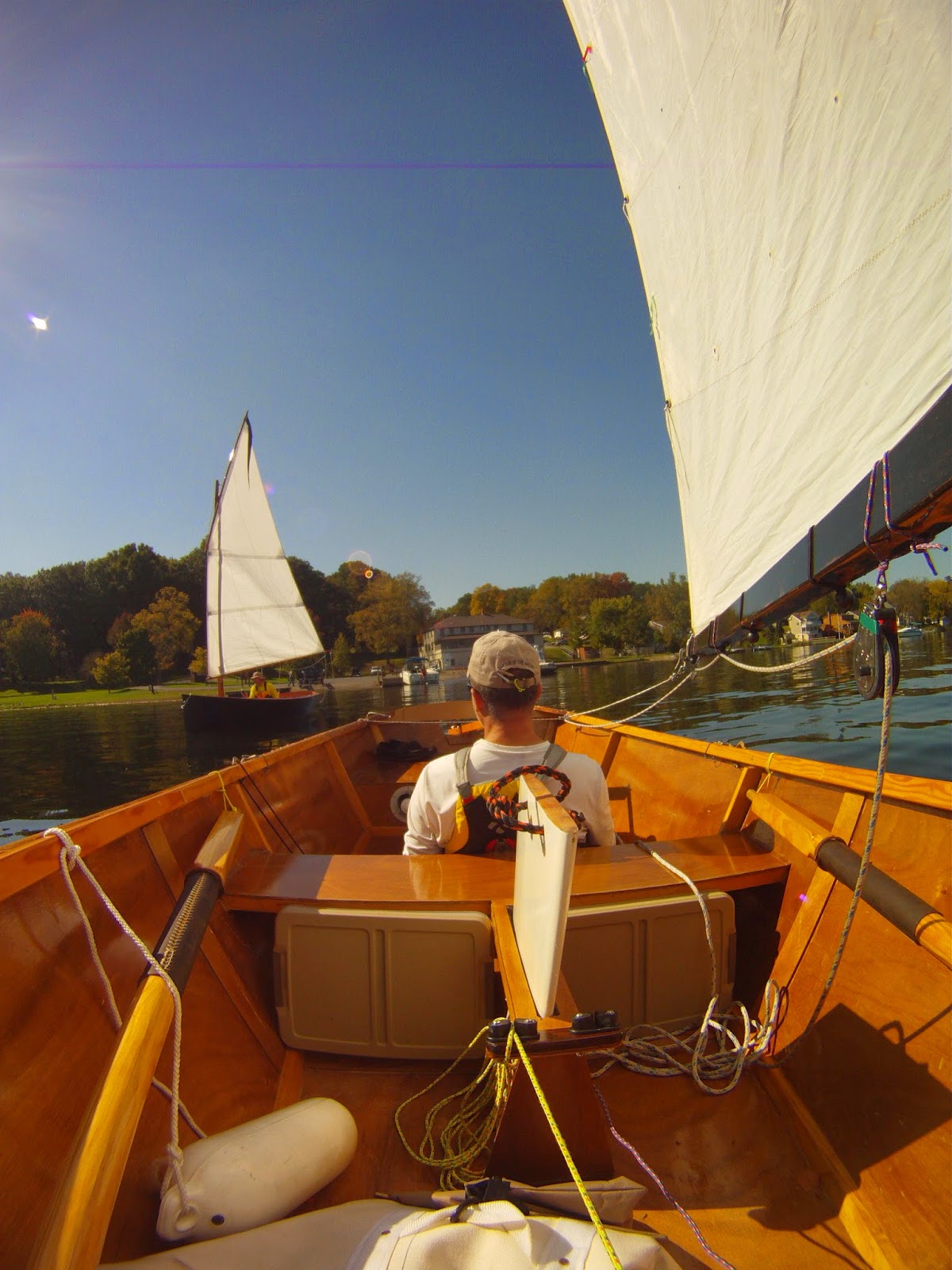 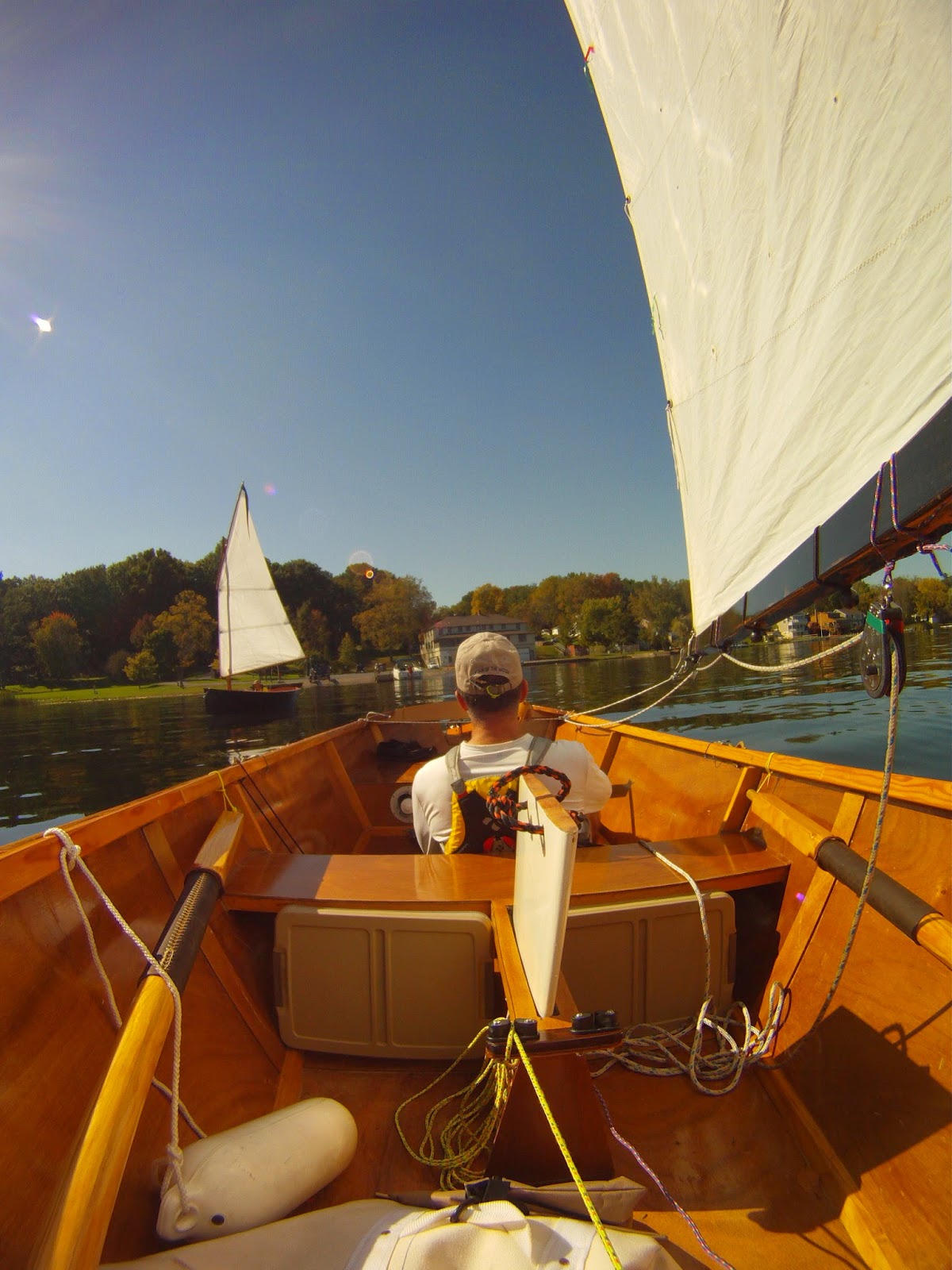 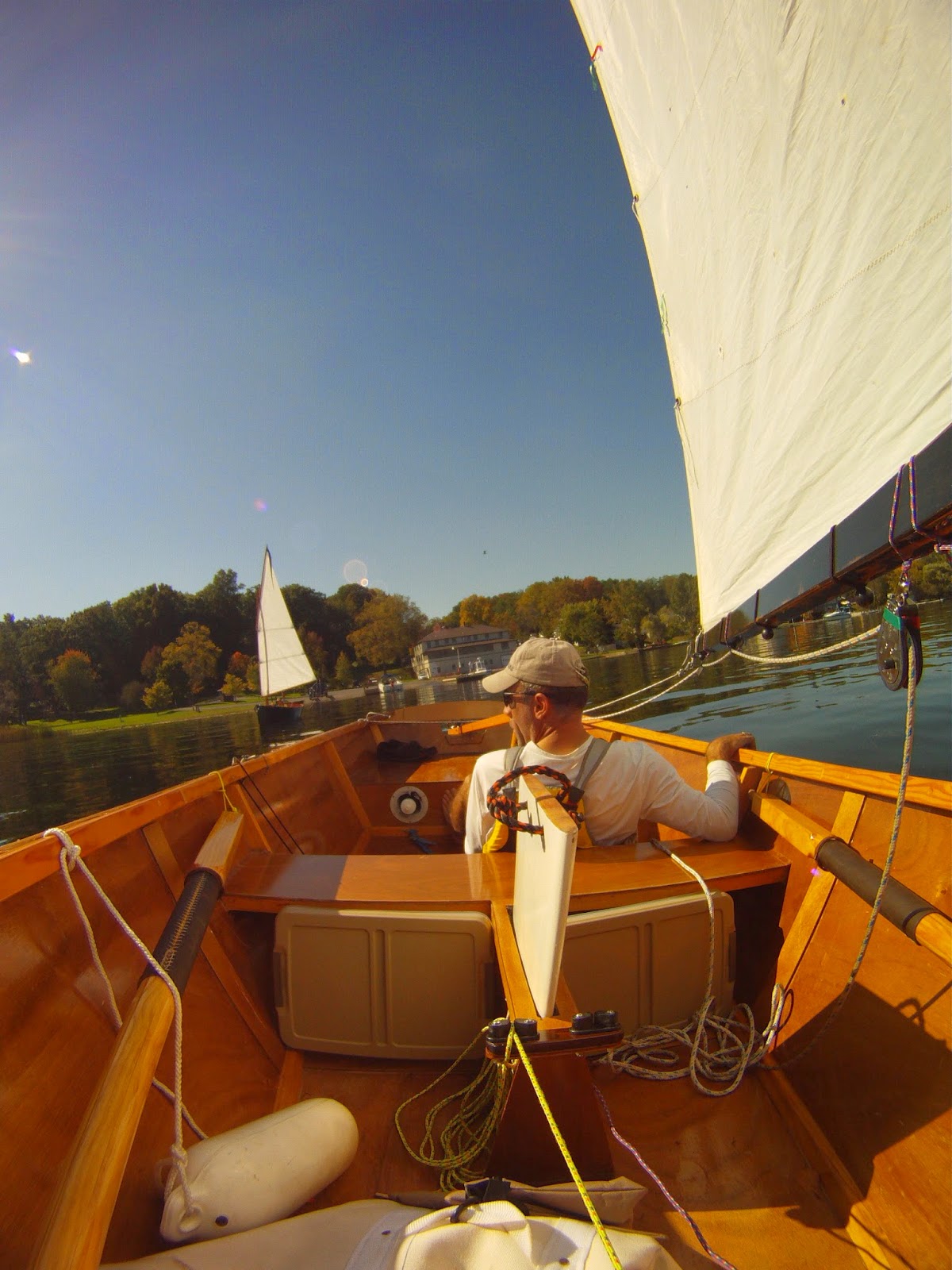 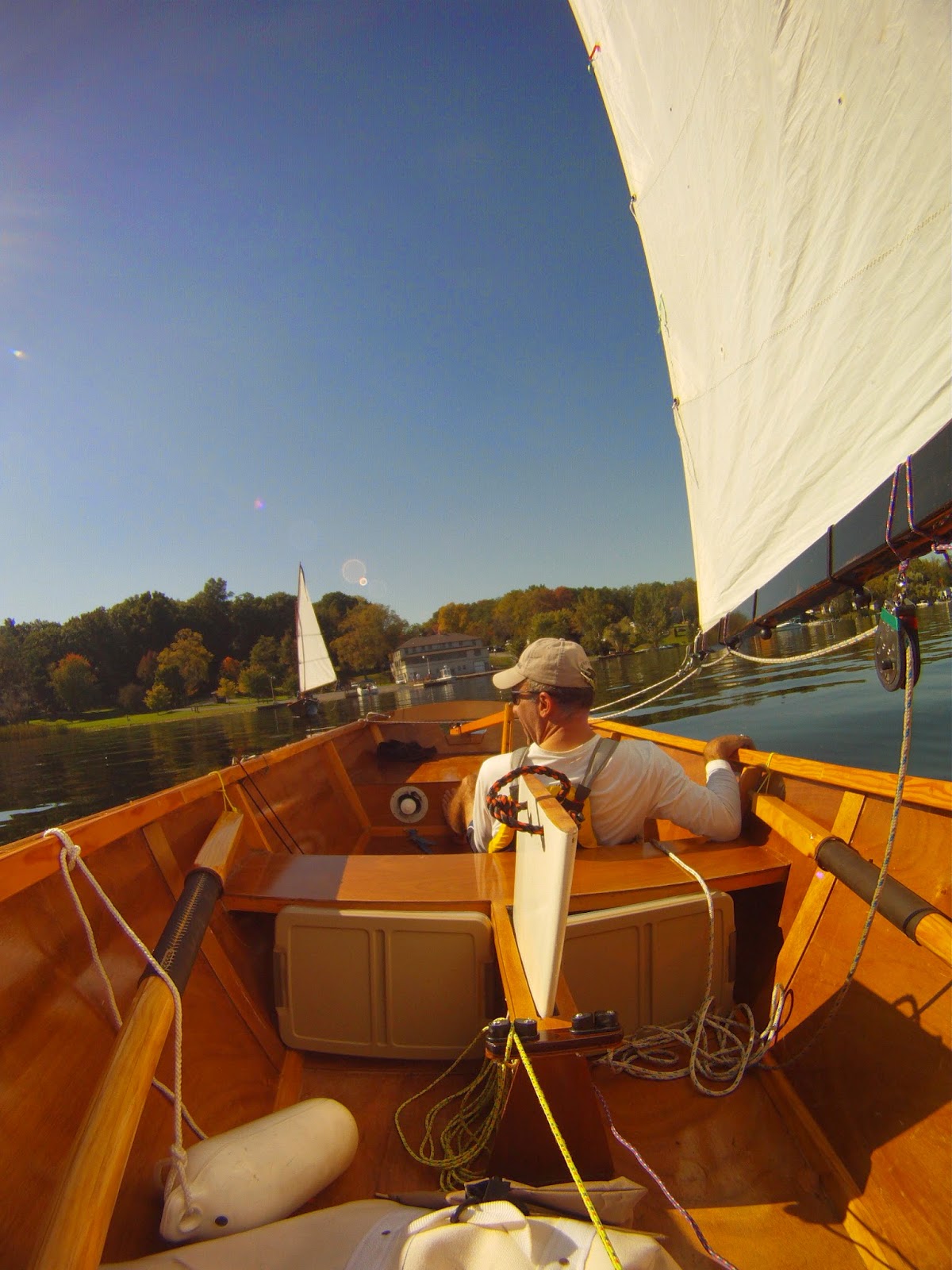 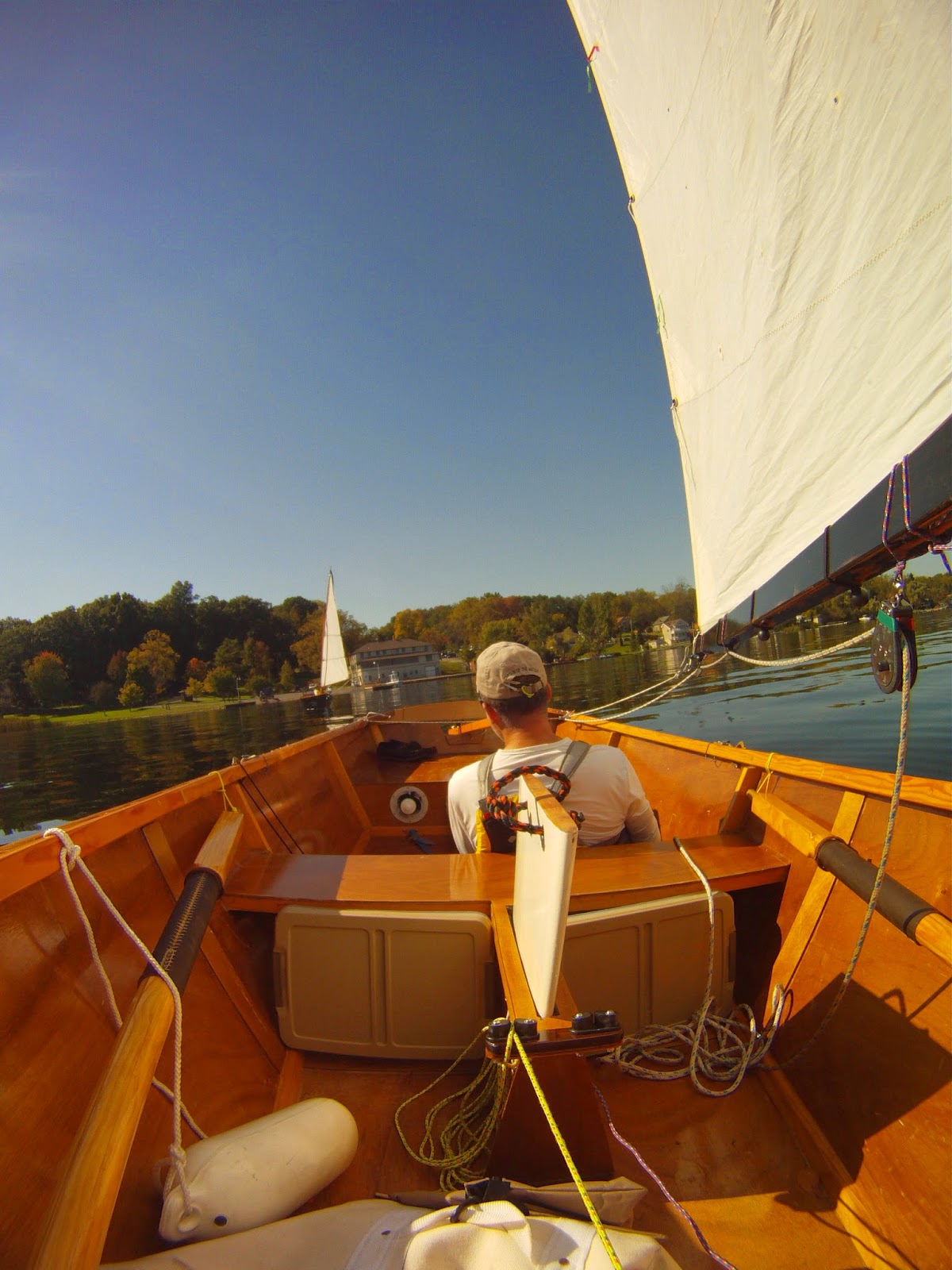 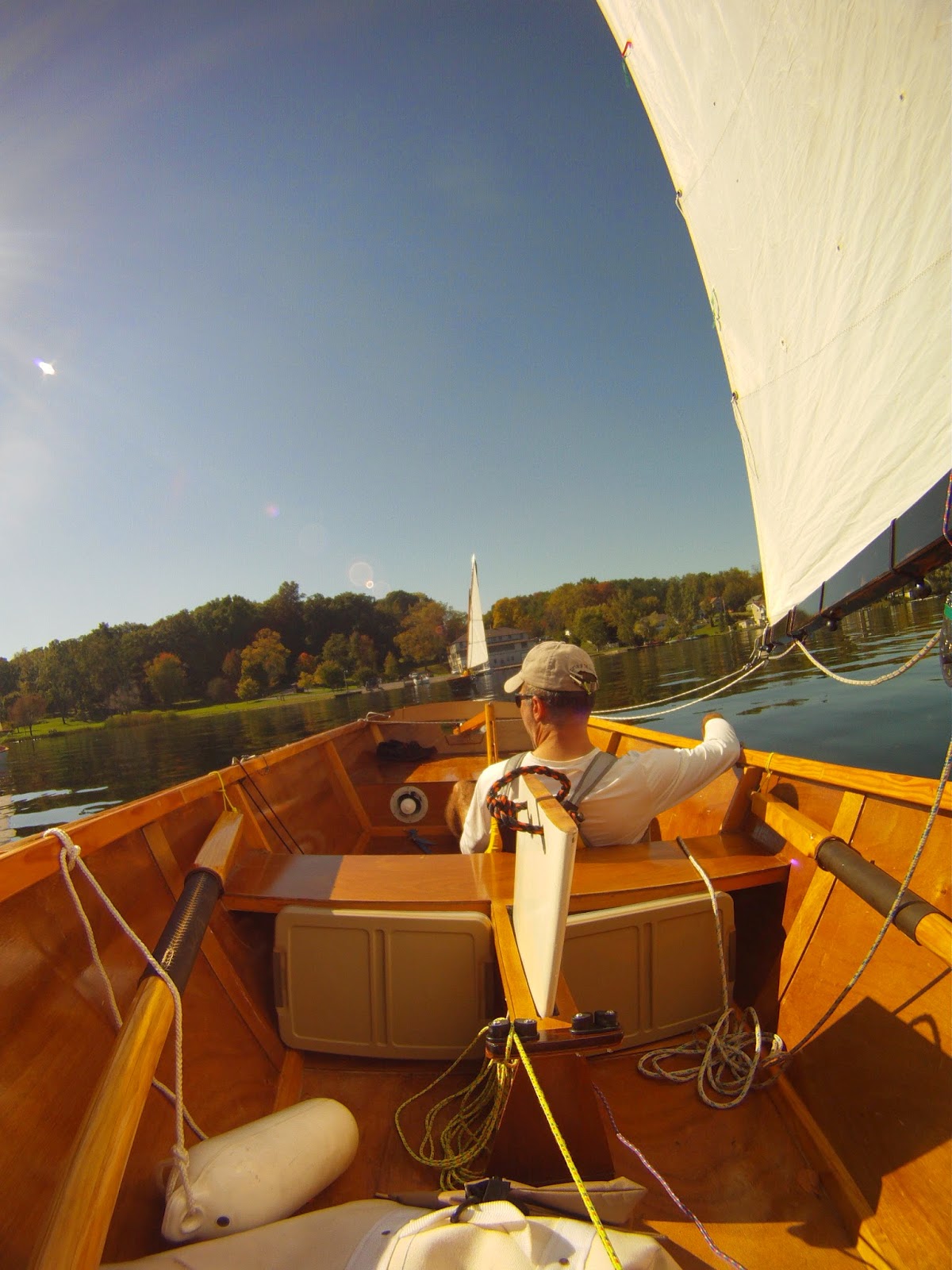 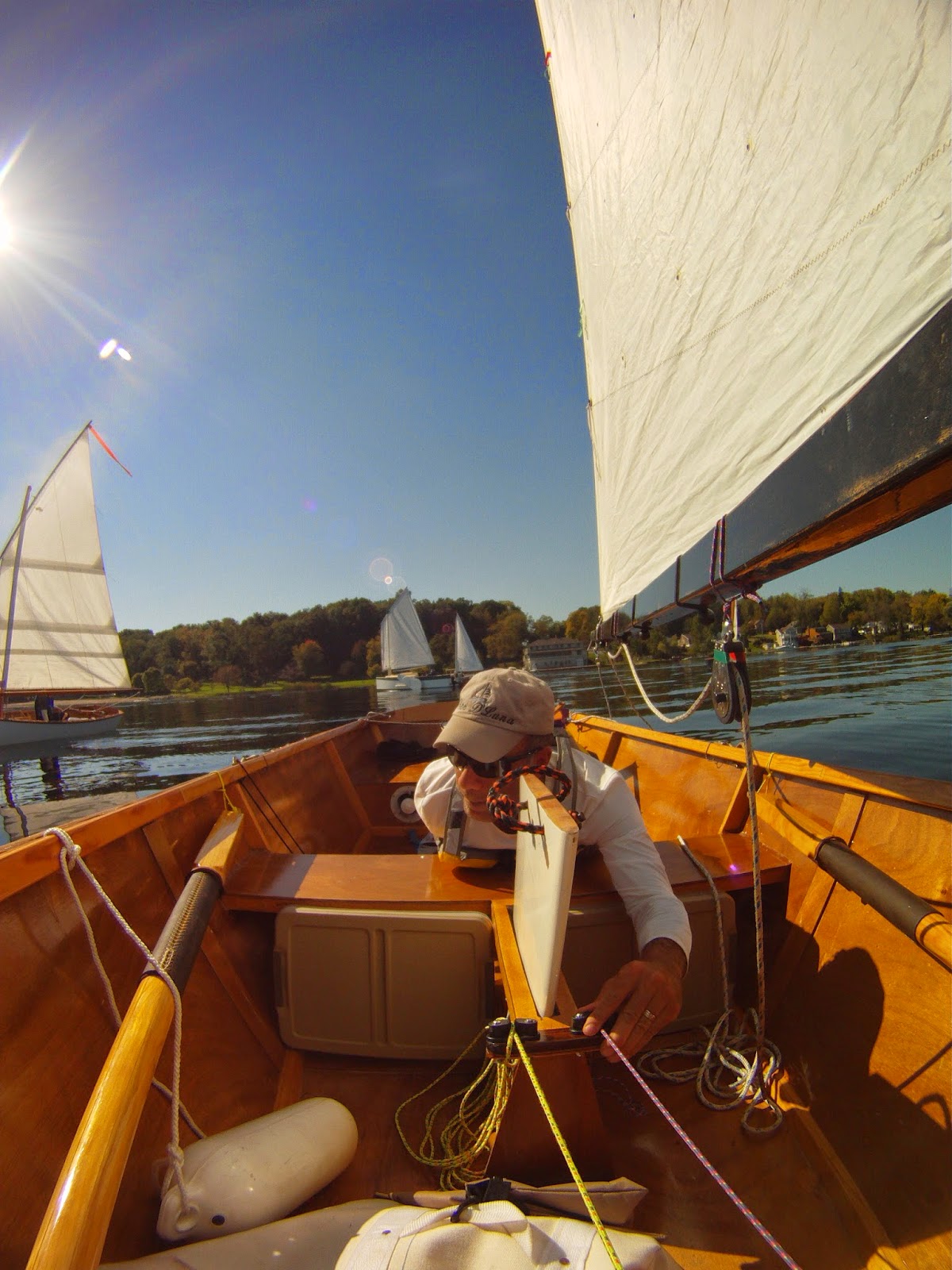 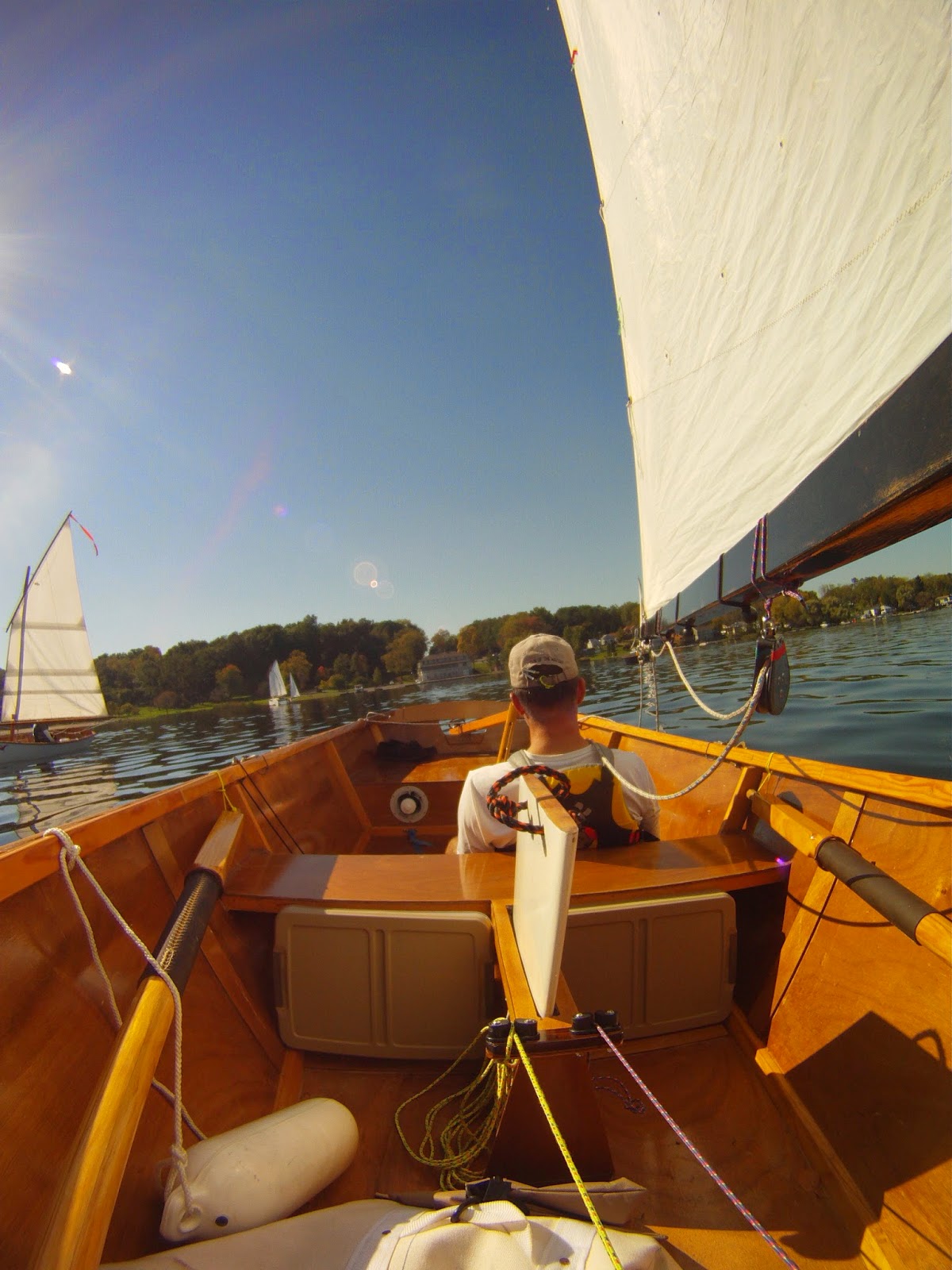 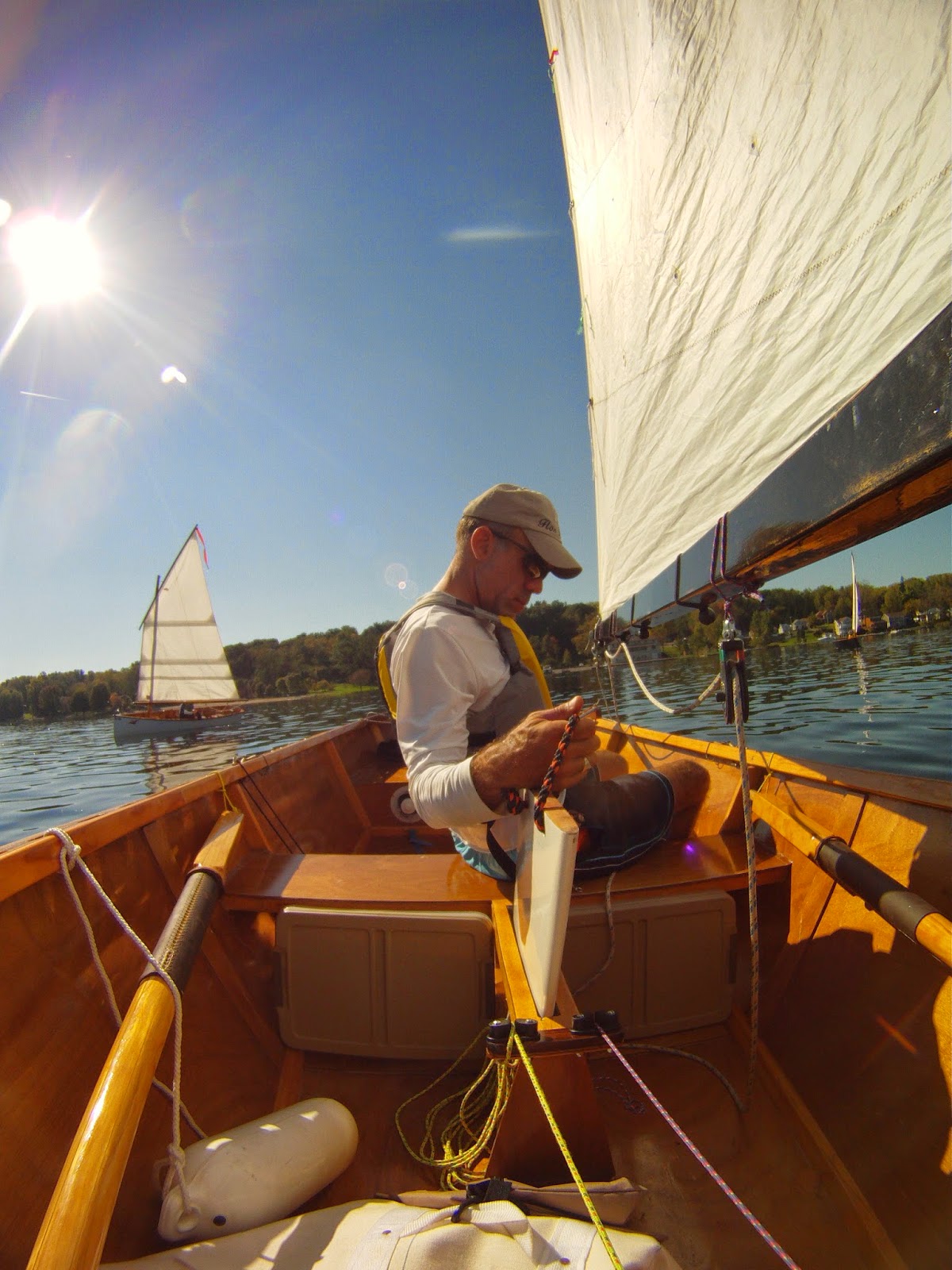 Why do those other boats keep shrinking? 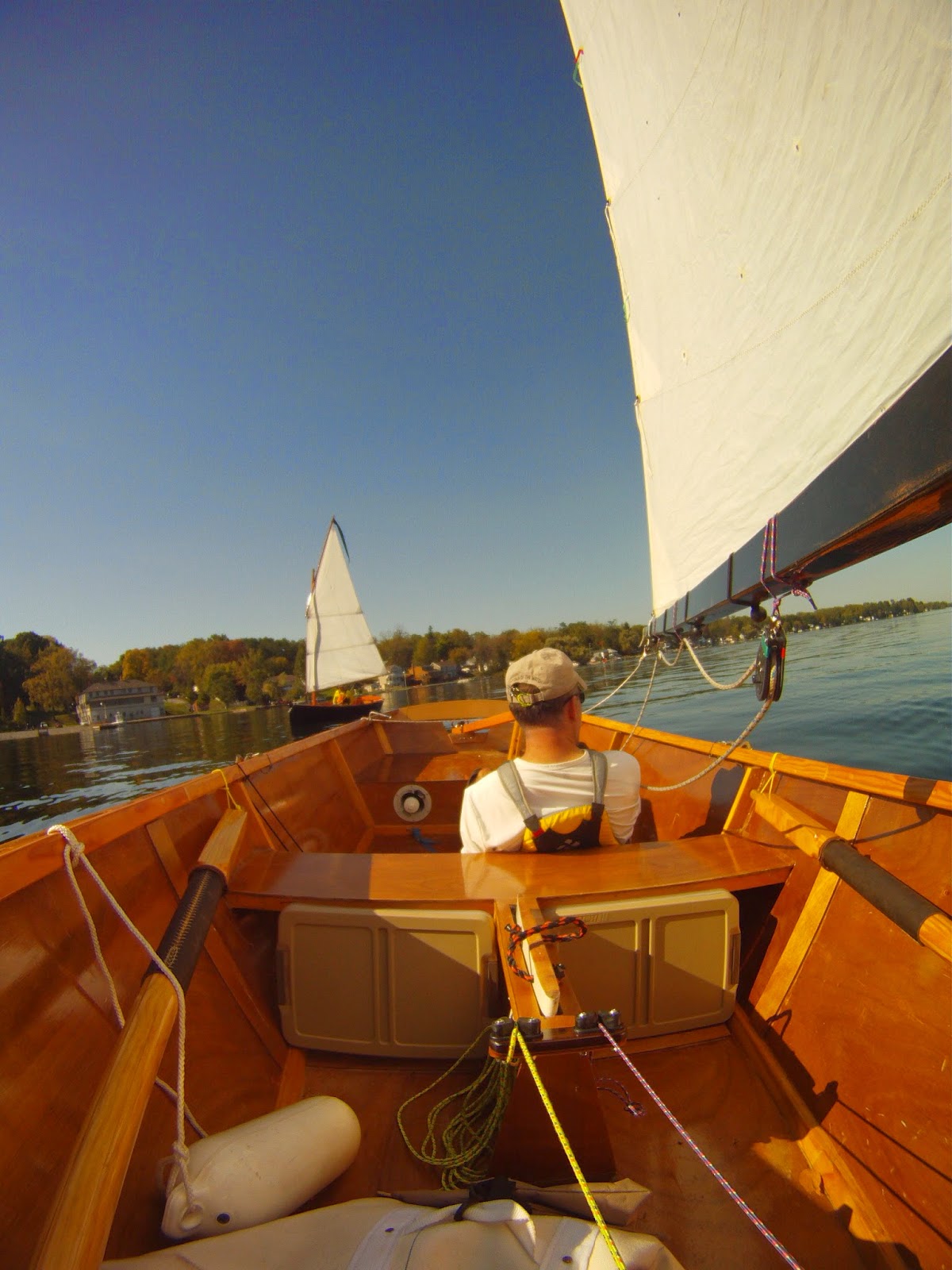 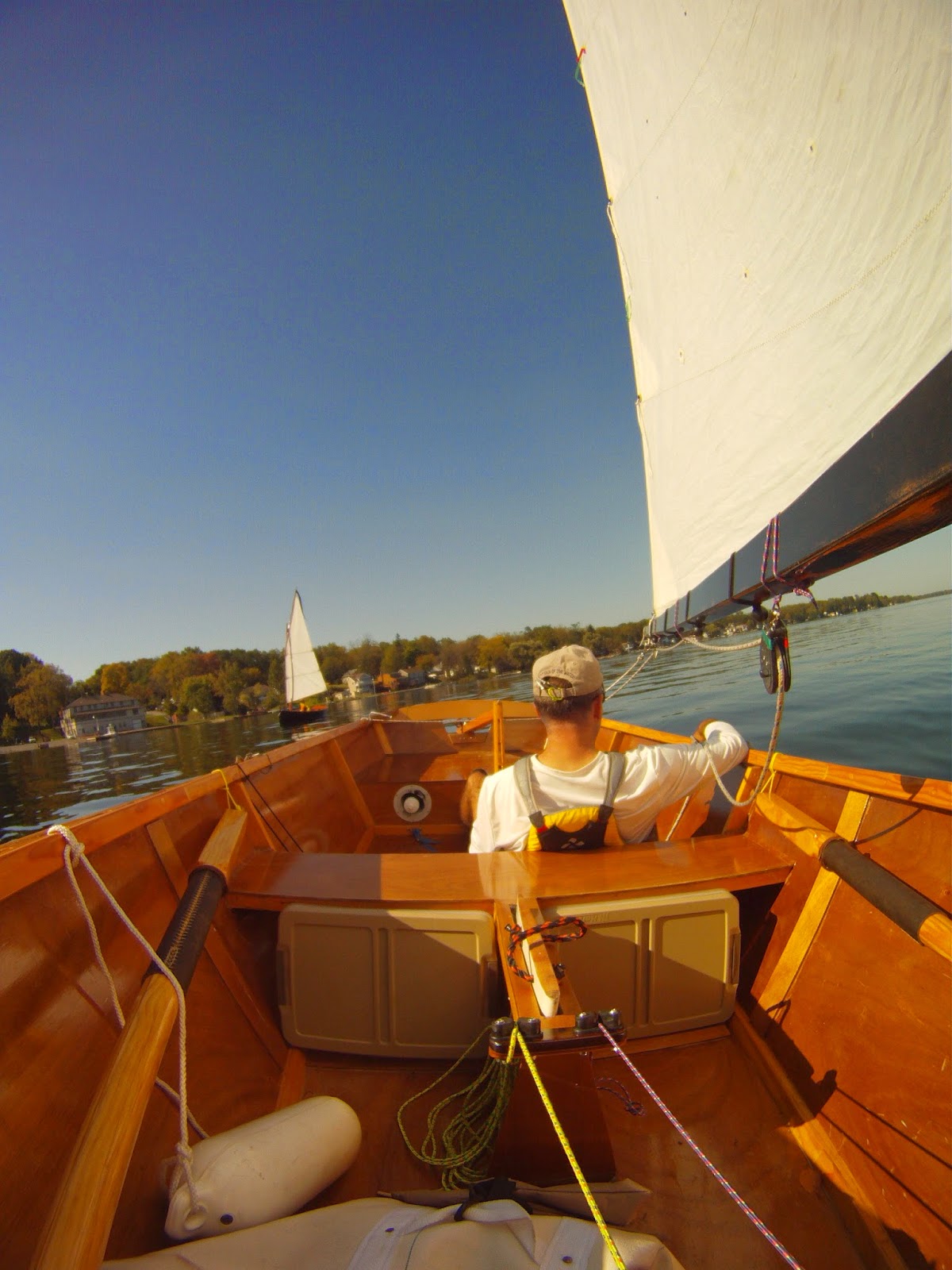 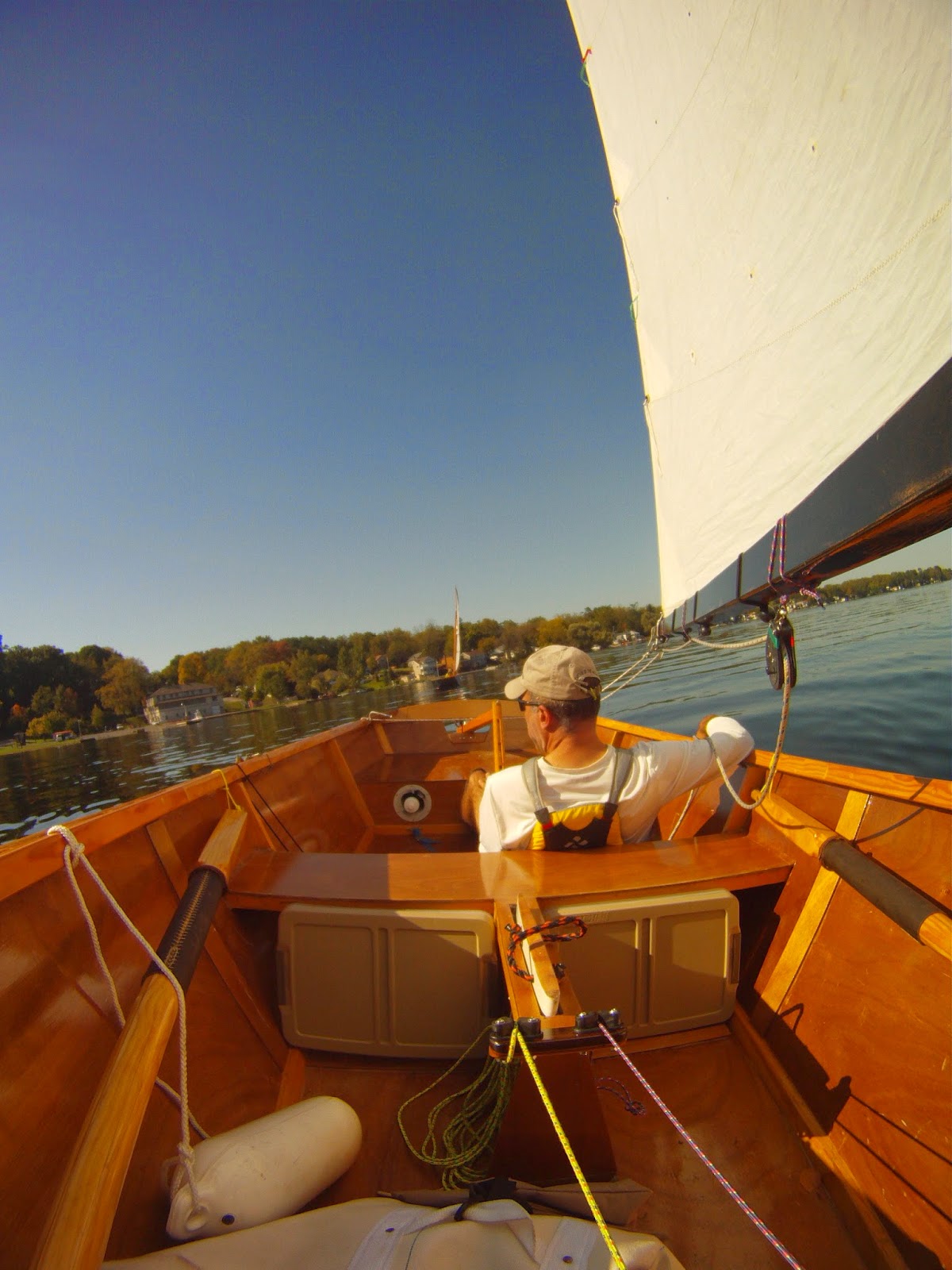 Posted by davlafont at 20:07 No comments: