Chivita in the Long Island Sound

In today's episode, we find the skiff Chivita on the Long Island Sound.  The purpose of the visit was manifold: practice sailing with a new crew mate, Patrick, who will be crew on an upcoming outing in tricky waters; practice sailing in tricky waters with waves and traffic; practice coordinating with Cap'n Rick and his sloop Flor D'Luna for a future photo shoot in tricky waters; take advantage of the fact that my brother is a member of a boat club on the Long Island Sound; get out there on the water and get my money's worth out of this boat!

Later we link up with Flor D'Luna to secure an additional PFD and to generally look badass in front of her assembled crew.  Beers are offered and declined; this is serious business!


The wind was too light in Hempstead Harbor to achieve our goal of practicing in challenging conditions.  So we turned downwind and emerged into The Sound.  the southerly wind meant we could reach back and forth across the harbor's mouth and not wander too far from our origin.  Beating back home is never my ideal arrangement and I wanted to make sure the return trip was not five times as long as the trip out.

The following sequence comes from the deck of the sloop Flor D'Luna, presumably on a port tack too.  Apparently, we are making significantly more speed than the sloop in the background flying a spinnaker, although to her credit that sloop might be on a different point of sail, more off the wind than us.  Still, it looks like we're screaming even though neither of us crew was hiking.  Frankly, I was kicked back sitting on the sole relaxed. 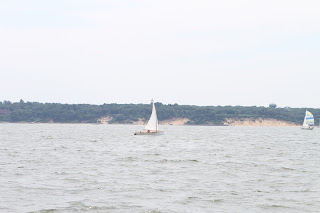 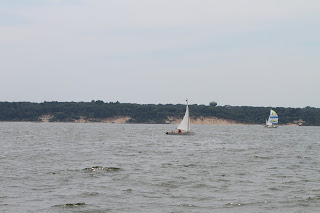 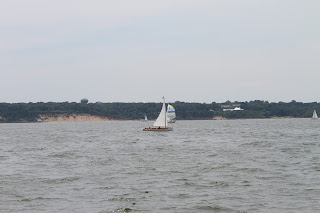 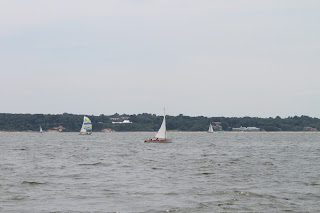 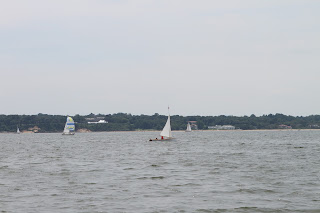 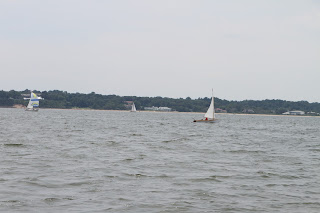 Eventually, we made radio contact with Flor D'Luna and arranged to link up for some sandwiches and fresh water.  No beer, still, thank you.  As we closed the distance, we suddenly caught a nice puff and decided to play it out across the water instead of letting it go to waste.  Eventually we came about and made the link up after all.  Yes, we declared our intention to board.  No, there was no armed conflict.


All in all, the day was a grand success.  Once we parted company with the floating party, we beat upwind with little drama.  Winds were on the order of 10 kts and we tacked far less than I would have expected.  I've entered that harbor under sail on both a Beneteau 331 and on a J24.  I was fully expecting that more tacks would be required.  All credit goes to Michael Storer and his performance-minded design.

Posted by davlafont at 12:00 No comments: